Thane is being hailed as the next big megapolis area near Mumbai. It already has infrastructure support in place, wide open spaces, biodiversity zones and is most conducive for an urban lifestyle. It is perfectly organised of residential, commercial and organized social infrastructure and supporting this claim is a research report released in 2018 that states that Thane is poised on the brink of large development plans. The lush green surrounding gives a big break from the dull and dry environment of a regular city. Flanked by hills, Thane is a tourist spot as it houses many lakes, the Sanjay Gandhi National Park and temples. Moreover, access to some of the finest social infrastructural facilities is the main advantage of living in Thane, apart from being close to nature.

New government regulations like RERA, REITs and GST have ensured that good real estate developers have ample opportunities to explore new markets on a level playing field. Today Thane already accounts for 20% of the housing that supports the Mumbai region. Several large real estate players have acquired land or in the process of working on residential and commercial developments in the region. There is an optimistic market sentiment watching the number of projects that are starting in Thane and the associated infrastructure changes.

Today micro-markets are the most important factor that drives home sales. Home owners look for the convenience of every day living within their micro-market and also the large social infrastructure before deciding on their purchase. Thane has a wide selection of educational institutions, healthcare facilities, multiplexes, amusement parks, restaurants, office complexes and other commercial establishments. Healthcare centres of TATA Cancer Hospital and Shankar Netralaya are under-construction. There is also equal importance given to greenery with two large parks being developed.

In Thane home buyers have a wider range of housing options to choose from. Affordable housing is available in plenty but today there is a growing demand for premium housing as well. Integrated townships and high rises are also being developed with spacious homes, thus making Thane is a much sought-after destination for housing. Thane west has seen an influx of high-end real estate developers such as Godrej Properties, Shapoorji Pallonji, Lodha Group, Tata Housing and Hiranandani Constructions – to name a few.

Thane was an essential suburb that served as a great housing community for Mumbai. The major advantage of Thane comes from its connectivity with its massive road network JVLR, SCLR, Ghodbunder Road, Eastern Freeway, NH-8, Mumbai-Nashik Highway and the Thane-Belapur Road. The central and harbour railway line also offers great connectivity to the island city of Mumbai. Additionally, Thane has been selected for the governments Smart City initiative under which the Metro Rail and widening of the Pokhran road are underway.

The Municipal Corporation of Thane has put forth a plan for the development and growth of Thane, called ‘Vision 2031’. They expect a world-class companies and citizens to consider Thane as a great place to growth their business and bring up their children and in this respect they are looking to create a megapolis that is sustainable and forward thinking in terms of infrastructure and civic developments.

The future does look exciting for Thane and it is a great place to invest into at the moment at it is right at the beginning of its growth phase.

If you are looking for a new launch in Thane, check the upcoming project by Shapoorji Pallonji here

Why do you earn higher yield in Commercial Rentals than Residential in India? 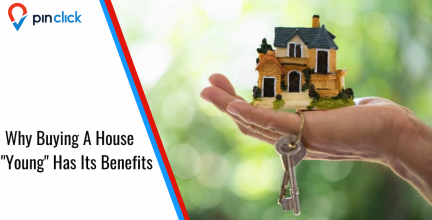 Why Buying a House Young has its benefits

Ten Step Guide To Financial Planning Before Buying A Home

View all posts by Sandeep Khanna →

Mumbai may see some correction in property prices in 2020