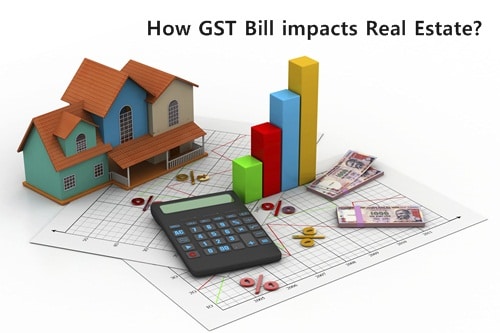 When a home buyer earlier was buying an under-construction property he was charged at a rate of 18% on two-thirds of the value of the property, this effectively when calculated on the whole property value would be 12% with fill Input Tax Credit (ITC). The ITC helped reduce the effective rate of tax and the credit was passed on to the buyers. In affordable housing too, the effective rate was at 8%. The two-third logic was used as one-third of the cost was considered to be the land cost thus not considered under GST. Apart from GST, the buyer also has to pay stamp duties and registration cost to the government this further raised the effective rate by 5-8%.

The new GST rate of 1% for affordable housing and 5% for non-affordable housing is applicable on the total value of the property, there was no clarity provided if there was an abetment for land cost. Also, under the new rates, builder will not get Input tax credit. They have added an additional condition for defining affordable property which is that a residential house with a carpet area of 60sqm or less in metropolitan cities and 90sqm for non-metros will be considered under this bracket. Metropolitan cities include Bengaluru, Chennai, Delhi NCR (limited to Delhi, Noida, Greater Noida, Ghaziabad, Gurgaon, Faridabad), Hyderabad, Kolkata and Mumbai (whole of MMR). The new
GST rates will be applicable in tandem with the size definition of the property to avail the affordable housing rate.

The restriction on claiming input tax credit on various raw materials like cement and steel, among others might not reduce costs as expected. The ITC was passed on to the buyers earlier thus reducing the effective price of the property. In the current scheme of things developers are not confident that the prices will reduce and in face many have opined that they feel prices will go upwards. Industry experts feel that while the new rates will affect the profit margins of developers, they will definitely be effective in reducing the rates of housing projects. In order to maintain margins, developers might have to hike their prices by 4% but keeping the prevailing market sentiment in
mind, raising prices will not be a great strategy.

On the surface buyers may feel that the cost of housing will come down, when we consider all the
facts, its not true. There might be reduction in housing prices but certainly not to the extent that is
being projected by the drop in GST rates as there are several conditions to consider.

Is real estate a good investment after budget 2020?

View all posts by Sandeep Khanna →

Is real estate a good investment after budget 2020?